What is yin yoga?

Mar 21 / Marta Witecka
According to ancient knowledge, yin and yang are two opposing forces. They are constantly dancing with each other, trying to balance themselves. Each of them also contains a particle of the other, so nothing is just yin, and nothing is just yang. Everything in our life can be defined as yin or yang, also the style of yoga we practice. Yin yoga is not a new style, but rather the name of a style that was known before and that makes it easier for us to distinguish between yoga practices – the stronger, modern forms of vinyasa yoga, and the calmer, more traditional forms. Yin yoga, however, is more than just a traditional form and has exactly what we need in today’s world.

Yin & yang – energy of the world

Yin and Yang are two words that describe everything that exists around us. Yin is a stable, unchanging, hidden aspect in things. Yang is the changing, revealing aspect. We can describe everything around us as yin and yang, and which term we use in the context of one thing depends on what we compare it to. Seen from this perspective, restorative yoga will be yin when compared to jogging. However, if we compare it with yoga nidra, in such a combination restorative yoga will be more yang than nidra yoga. So the easiest way to understand what yin yoga is, is by comparing it to other yoga styles.

How was “yin yoga” style created?

Yin yoga was spread under this name by Paul and Suzie Grilley. Paulie Zink, a martial arts expert and Taoist Yoga teacher, was a great inspiration for Paul before he started teaching yin yoga. The style that Zink taught was something that wasn’t popular in the west in the 90s – sitting in yoga poses for 5 to 10 minutes for a solid two hours, followed by a more active series inspired by animal movements and martial arts. For the next 10 years, Paul conducted his yin yoga classes under the name of Taoist Yoga, which over the years evolved into yin yoga and the name we know today. 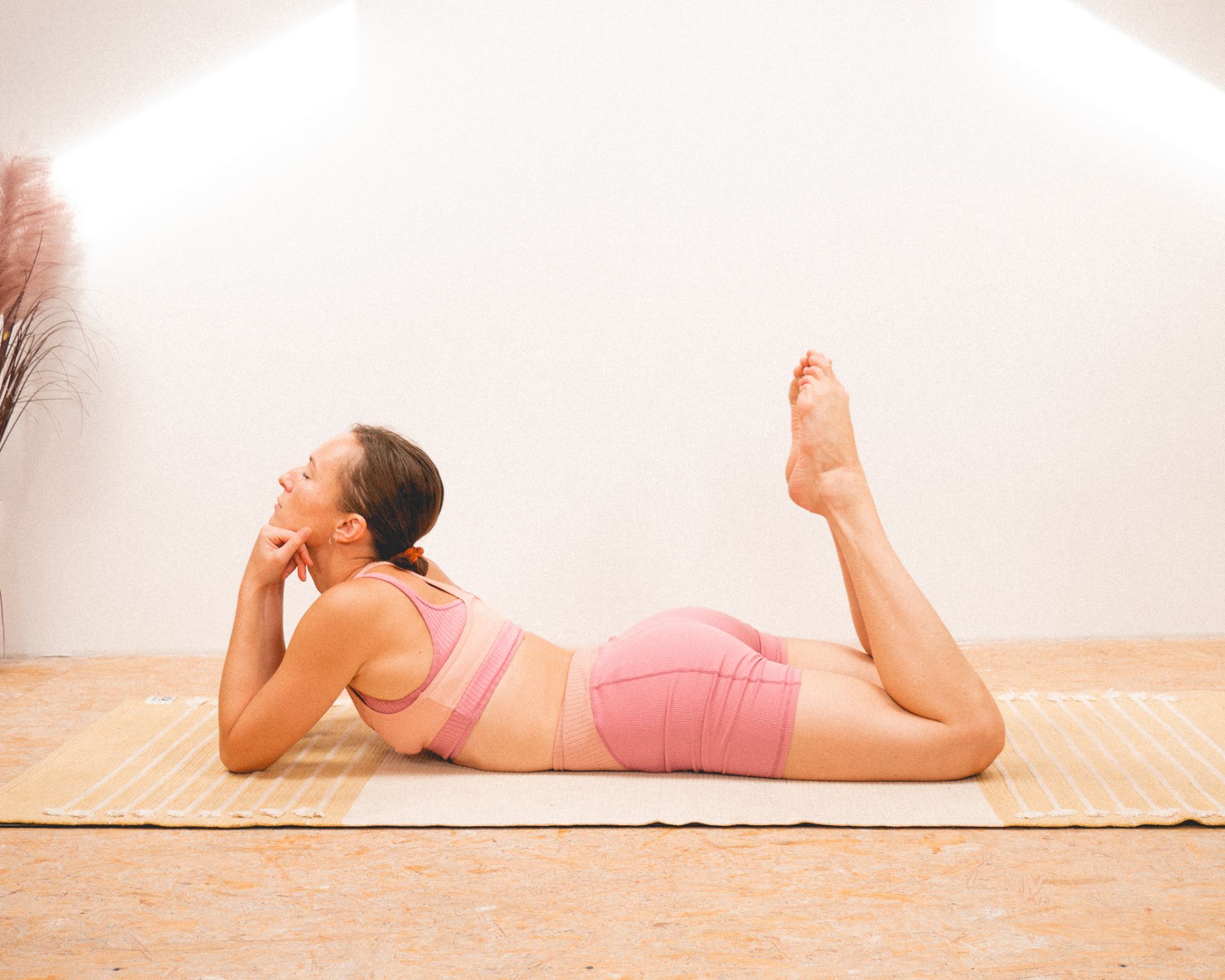 What is the characteristics of yin yoga style?

So how is yin yoga different from yang yoga? From the physical point of view, practicing yang style engages muscles, strengthens bones and joints, and actively stretches the body, improving its flexibility. In the yang style, we spend less time in postures, we look for a more rhythmic, repetitive movement where our heart speeds up, our skin flushes out all toxins, and our body temperature rises. In yin practice, however, we mainly work on relaxing the muscles so that the position we are in can affect the joints and increase their flexibility. The yin practice focuses mainly on tissues such as fascia or ligaments, i.e. those that are stiffer, do not like stretching, and need time for a given position to work on them. During this practice, the heart begins to beat slower and the body temperature drops. Unlike yang yoga, where we most often explore the full range of motion in a given position, yin is not looking for the full range. We choose the version and intensity of a given pose that allows us to feel a slight tension, or the so-called “stress” in the area we are working on, but it does not cause pain or discomfort. We spend a lot of time in yin positions to fully relax, but also to act gently on those resistant tissues, focusing on time, not intensity. We try to completely relax those parts of the body that we are working on, or otherwise, which are to experience the so-called “stress” which I mentioned before. Stress is a concept that most of us associate with something negative, but in this context it’s not about getting stressed out. The idea is for the tissues to be subjected to a gentle stress, i.e. tension, so that they decompress, stretch to their natural length and strengthen thanks to the force that acts on them. Thanks to such stimulation, our fascia and ligaments become stronger, stay healthy longer and allow us to enjoy a reasonable range of motion and a healthy body as long as possible in our lives.

When writing about passive stretching and the impact on ligaments, one should also write about safety in yin yoga practice. Each physical exercise carries the risk of damaging the body if we exercise incorrectly or ignore our health condition, which is a contraindication to, for example, doing certain positions. The yin practice will not hurt us, but only if we approach it with yin energy. If, during passive stretching, that is, one in which we relax our muscles, we start to move vigorously, come into poses fast and depeen them without much awareness, looking for the greatest range of motion, we can, and probably will, hurt ourselves. Most of the day, our joints are protected by the tight muscles around them. When the muscles relax, the joints become vulnerable and we can easily damage them with such dynamic movement or force stretching. That is why it is so important to move slowly during yin practice, listen to your body and the signs it sends us – sometimes very subtle – and turn off our ego, which would probably want to stretch more, or look like a friend on the mat next to us. Or that guy from a YouTube video! 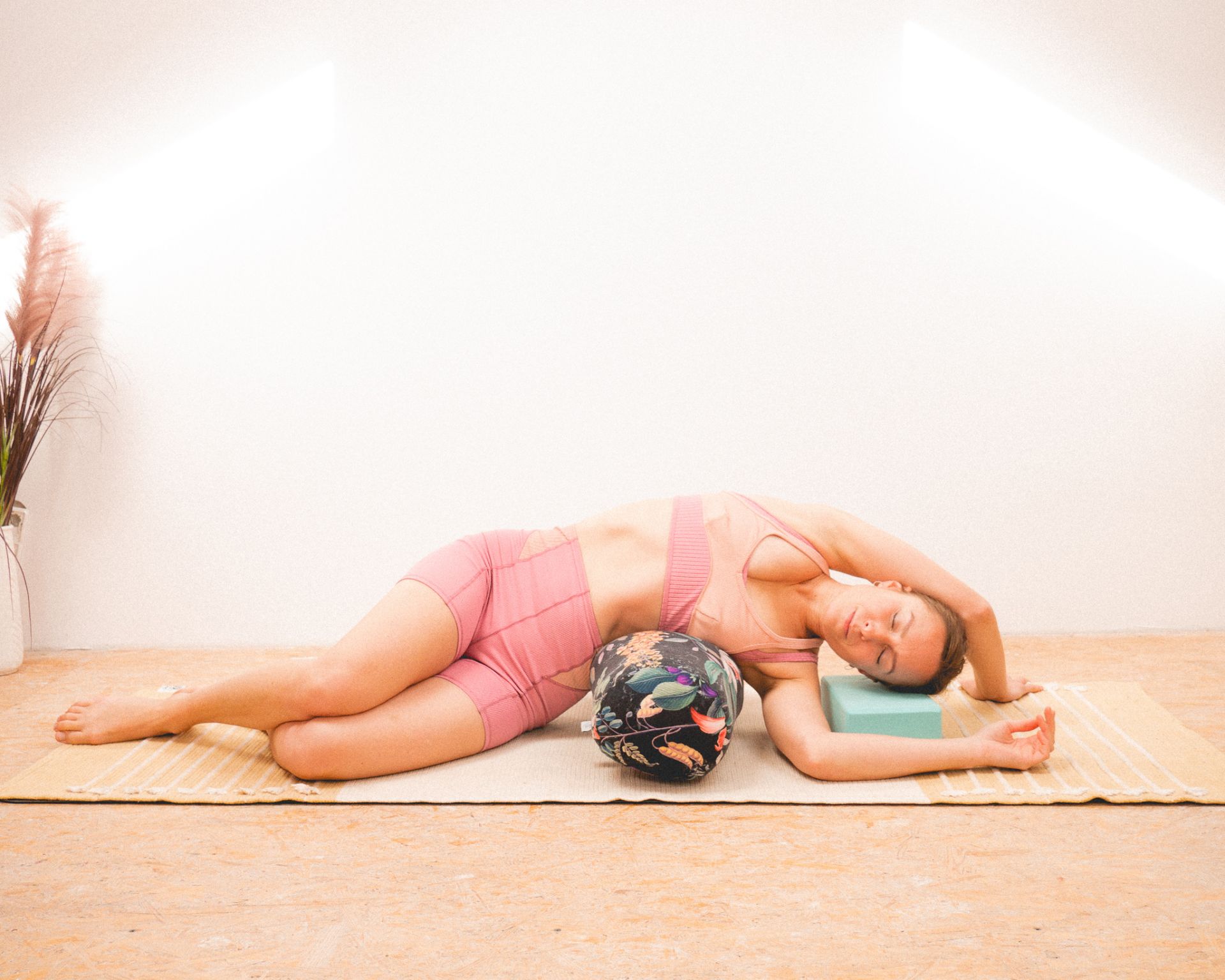 Physical body is not everything

If we look at both elements from an energetic point of view, yang is the energy of action, ambition, gaining, looking into the future. Yin is the energy of accepting what is, being passive, still and looking inside rather than outside. When writing about yin yoga, I would like to mention its deeper than just physical aspect, because it is extremely important. To completely relax the body, or at least the area on which we work in a given position, most of us need from a few to several minutes of active relaxation. So sitting in yin yoga poses is quite a challenge, because it lasts a long time, but only then can we be sure that our muscles are relaxed and the body begins to slowly release other tensions, sometimes those that we cannot see with the naked eye. Calmness, a feeling of inner peace and acceptance of what is, are the possible side effects of yin yoga that are very priceless for our health. The body stores all negative emotions that accompany us in life, while yoga poses and the time spent in them can release these stagnant energies from the body and thus free us from their firm grip. As in everyday life we ​​are in a rather constant state of “fight or flight” our nervous system calms down during yin practice – the body is still, the flow of thoughts starts to slow down, breathing calms down and also slows down, so the nervous system can finally pass on to our brain the information that we are safe. By practicing yin yoga regularly, we become more stable and able to master our mind. We also become an observer of what is happening around us, and not only a puppet in the hands of our emotions, the ocean of thoughts and the rush of life.

If you want to see how yin yoga works in practice, you can take a look at my online learning platform Handstand Works, where high-quality online yin yoga courses are coming soon.

To write fragments about the history of yin yoga I used Paul Grilley’s book as a source of information: “Yin Yoga. Principles & Practice ”, White Cloud Press, 2002, which I highly recommend. 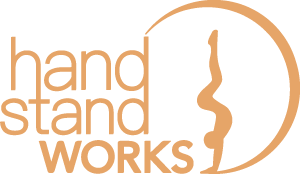